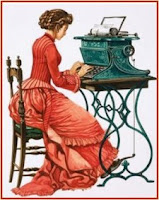 The months have really whizzed by and fall is almost here. That means county fairs. I can't wait.

There is nothing better than fair food--the fried Oreos, Twinkies and fried cheese, the hamburgers and fries, the pizza. Yummy. Which brings me to my subject of the fried pie.

Pies have been around since Medieval times when they needed something to seal in the juices of cooked meat or fruit. Someone (whoever it was earned my undying gratitude) developed dough and it was perfect.

But in the 1800s, these upstart, practical Americans came up with something truly ingenious--the FRIED PIE.

No one really knows where they originated but a good many believe they came from the mountains of the Carolinas, Kentucky, and Virginia.

Early on, they were called "hand pies" or "crab lanterns." 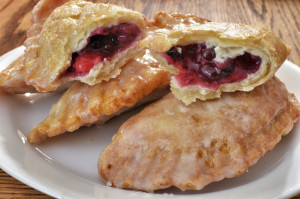 Whatever they were called, these were enthusiastically received. They were portable, no mess and you held them in your hand. Didn't need a fork or plate. Folks could pack them into a protective tin and put in saddlebags, put them in lunch pails, take them on trains or out on the range.

First, for those who don't know what they are, I should probably explain. Picture this-- a circle of dough, a filling of either fruit or meat on one side, the other half folded over then crimped with a fork to seal the edges, after which they're put into a fryer of hot grease.

Absolutely out of this world!

Even the health conscious can enjoy them....baked.

Many prefer a meat filling of beef or chicken and those are really yummy too. The Hispanics have something similar called empanadas. Oh man, I love those too!

I like that they’re an old treat and have been around for a long time. I close my eyes sometimes and picture a wife bringing a plate of them to the table and how eyes would light up.

Some would argue that fried pies are a Southern treat, but hold up there, pardner! 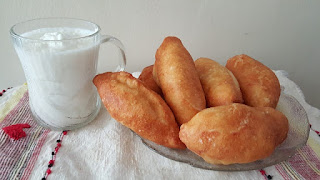 Our 14th president, Franklin Pierce, who hailed from New Hampshire, craved fried pies and brought them with him to the White House. (1853-1857)

In Texas Mail Order Bride, Book #1 of the Bachelors of Battle Creek series, my middle bachelor Rand Sinclair's mother made them and Rand sold them out of his Lily of the West Saloon. Cooper Thorne with his notorious sweet tooth was a regular customer. His favorite was peach along with a bottle of sarsaparilla.

I love apricot the best but I like them all and can eat my weight in them. Sometimes I resort to buying them in the grocery store but they really can’t compare to homemade.

How about you? Have you eaten a fried pie (or baked)? What do you think of them? Which are your favorites? 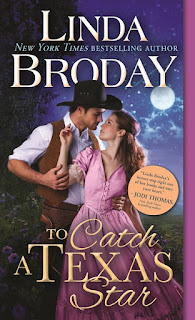