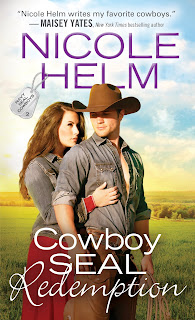 Cowboy SEAL Redemption is the second in the Navy SEAL Cobwoys series featuring three former Navy SEALS injured in the line of duty. It's the perfect blend of rough-and-tumble cowboys and honor-bound Navy SEALs.

Jack Armstrong and Rose Rogers strike a deal - she'll pretend to be his perfect loving girlfriend while his family is in town and he'll provide her bar with extra security. As their ruse starts to feel real, both must face the pain of their past. Can their troubled hearts find their way to redemption?