By Shana August 07, 2017
The last week of July 2017 about 2000 romance writers headed to Orlando, Florida to attend workshops, celebrate accomplishments, meet with industry professionals, and go to Disneyworld! I was among them, and this year I had to bring my daughter since her dad had a conference the same week. We had a great, if exhausting, time.

We managed to do some Disney stuff.

We met characters we haven't met before.
And we met some old favorites.
We also did a little work.

And I was able to introduce my daughter to some of my friends.
After a busy week, we went home. We were both pretty exhausted. 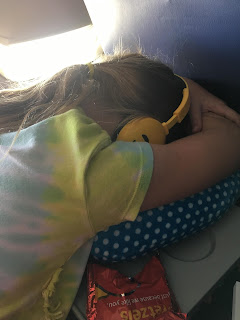 Have you ever been to Disneyworld?