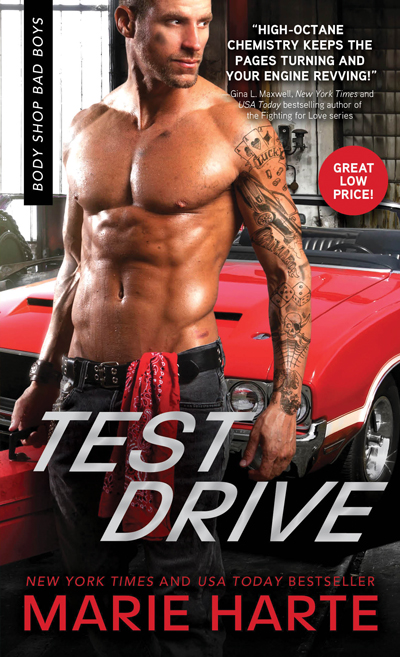 Test Drive releases June 7th, and I couldn't be more excited! Take a look at Johnny Devlin, the first of the Body Shop Bad Boys to fall in love...

Johnny Devlin's a charmer with a checkered past. He has had his eye on scorching-hot bartender Lara Valley for ages, but she's rejected him more than once. That doesn't mean he won't come to her aid when some dirtbag mauls her. When she asks him on a date as a no-strings-attached thank you, he can't say no. ;And then he's saying nothing but hell, yes.


Johnny snickered. Liam Webster, Del’s old man and the other owner of the garage, approached alongside Sam. Before either could sit, Johnny announced the bet. “Okay, gentlemen—and I use that term loosely—ten bucks says Sue tries to attack Foley before we leave Ray’s tonight.”

Sam considered Foley. “I’ll take that bet.” To Foley he said, “I told you not to date the chicks at Ray’s. You bonehead.”

“We’re going to Ray’s, if you’re interested,” Johnny told Liam, the rational half of his employers.

Del’s father had to be in his late fifties but looked years younger. He had height and muscle on him that Johnny, no matter how hard he worked, would never have. Liam also had an easygoing attitude and knowledge of mechanics that put most auto-thugs to shame. Del was his pride and joy, and J.T., his bruiser
of a son, was always good for a laugh when he dropped by.

Liam had grown up poor, worked his tail off to make something of himself, and had raised two fine if aggressive kids. A terrific boss, he didn’t judge, knew how difficult it could be to get a second chance, and always gave a guy the benefit of the doubt. Hell, he’d hired Johnny, and Johnny would never claim to be a saint. Not after that pesky felony. Friggin’ cops refused to let a guy joyride without making it a huge deal.

Ah, but life at eighteen had seemed so simple back then.

“Shut it, Son, before I shut it for you.” Liam made a fist at Johnny, but his amusement was plain to see. They all knew he’d scored big time a few months ago, and ever since, he and Sophie, his lady friend, had been acting like a pair of lovebirds.

Sam shrugged and sat next to Foley, stealing the rest of his cookies.

Sam put an open hand on Foley’s face and shoved while inhaling a cookie whole. He talked around his food, opening his mouth to Johnny, especially because the bastard knew it grossed Johnny out. “Still can’t believe you got a classy lady like that to give you the time of day, Liam,” he said around expelled cookie crumbs.

They all looked at Liam, who puffed up. “I know. Boggles the mind.”

They shared a laugh, though Johnny knew they’d all been beyond pleased to see the boss finally get lucky. For thirty years the guy had mourned his true love, raised two hellions, and somehow run a successful garage. Johnny looked up to Liam. Hell, he wanted to be Liam, someday. Especially since Liam had scored a fine woman. A mystery to them all.

“So what are your plans? Going to take her ballroom dancing?” Johnny teased.

The whole garage had given Liam shit for the dancing date a month ago.

Sam stuffed the last cookie in his mouth and mumbled “good luck” while chewing.

Foley snorted. “Hey, at least he’s dressed and not scratching his ass, drinking straight from the milk carton, and busting into your room when you’re trying to get lucky.”

“With a girl?” Lou asked from behind them. “What happened to Sue?”

“Yeah, but you already got lucky, right?” Lou shrugged. “Once you’re in, you’re in. Unless you’re doing it wrong.” And Lou would know. The guy never hurt for women.

Liam sighed. “You guys are pitiful.” He stood. “Now get back to work.”

“Yeah, yeah.” Johnny stood with the others and filled Lou in on Foley’s dilemma.

“Cool. I’m down for ten. I say she ignores him completely. Kind of the way Lara treats you, Johnny.”

His face heated, but he pretended not to hear the other guys razzing him and hightailed it back into the garage. 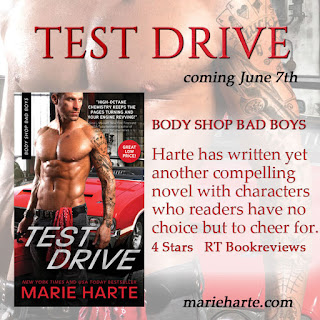