By Samantha Chase June 03, 2016
Back in 2011, I took my first step into the world of indie publishing with JORDAN'S RETURN.  To be honest, I had gotten many, many, MANY rejections on it from publishers and agents and that's what prompted me to give self publishing a try.  So I did the research and learned how to format and put it out there for the world to read.

Or 30 people - which was how many copies it sold that first year.  I think 27 of them were friends and family. 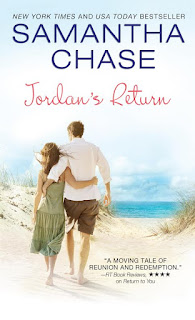 As my library of work grew, readers went back and found Jordan and seemed to fall in love with the story the way I had.  It's funny because this book was the book of my heart.  For some reason, it didn't seem to fit in anywhere when I was submitting it to publishers.  I couldn't understand why.  It's contemporary, it's romance, it's women's fiction...in my eyes, it had everything!   I felt so strongly about it - about seeing it in print and sharing it with readers - that it was the push I needed to do it on my own.  The original cover was designed my one of my high school students in my creative writing class!!   I kid you not!  And even though it got off to a slow start, it's still finding new readers every day.

Like now - since it has been re-released in print by Sourcebooks with a fabulous new cover and a wonderful editing job!  So to those of you who may have read my original printing, please accept my apologies and give the story another chance!

So here's a little blurb about the story:

WILL ONE SUMMER TOGETHER
All Jordan Manning wants is a quiet summer on the Virginia coast with her sons to recover from a near-fatal accident and an abusive relationship. Her plans to find a new direction for her future are turned upside down when she runs into the first man who ever broke her heart...and he's determined to win it back.

BE ENOUGH TO HEAL OLD WOUNDS?
Rob Tyler thought he'd moved on, but when fate drops a second chance with his first love right in his path, his feelings rush back stronger than ever. Rob is determined to give Jordan the future they should have had years ago, but making up for past mistakes isn't easy... 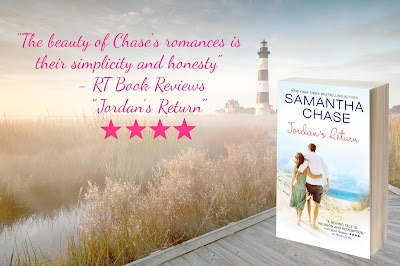 
Their kisses were very gentle, teasing. It made Jordan think of their first kisses when they were sixteen. It was a time to get reacquainted and it was thrilling.  Rob had his hand pressed firmly against her bottom, holding her to him. They were lost in the sensation of the kiss, tongues gently teasing, lips clinging, breath mingling. When Rob traced Jordan’s full lower lip with his tongue, she moaned her approval.

Rob stopped suddenly and looked down at her through heavy lids. “I want you, Jordan.” He swallowed hard. “I want you so badly I ache, but I know this isn’t the time or the place.”

She had wanted to protest, but she knew, deep down, he was right. They couldn’t continue on this path with her children in the next room.

“When we make love,” he kissed her lightly on her neck, just below her ear, “and we will, I want to have you all to myself, with no worries, no distractions. Just you, me, and this incredible need we have for each other.”

Jordan groaned with frustration at his words. He was right, of course, but she did not want to move out of his embrace just yet, so she decided to be a little wicked.

“You’re right,” she murmured against his throat. “We need to wait.” She sucked lightly on his neck and then pressed her breasts a bit more firmly against him. “We can’t take the chance of being interrupted.” She flicked her tongue against his earlobe and he shook.   “When we are finally alone, we’ll make up for all the years we’ve been apart. I think we’ll need at least an entire day to get our bodies reacquainted.” Jordan deliberately pressed her hips forward and blatantly cradled his erection in the juncture of her thighs. She placed featherlight kisses along his strong jaw and then licked her way softly up to his ear and then whispered, “Don’t you agree?”

Suddenly, she was pinned beneath him. His dark-brown eyes sparked with desire and a bit of anger. “It’s not nice to tease,” he growled and pressed his erection firmly into her most sensitive spot. Jordan arched her back off the couch and ground herself against him.

Rob took her mouth fiercely and she loved it. There was no forcing; he took and she gave equally. He reached between them and palmed one aching breast and she cried out at his touch. “It’s been too long,” he panted. “Too damn long.”

“I know, I know,” she replied between heated kisses. Jordan raked her fingers through his glorious silken hair and held him near to her, not willing to let him go. “I need you,” she whispered roughly as she slid a hand between them and stroked his hardened length through the denim.

He shot upright and sprang off the couch. He looked down at her as he tried to catch his breath. Her own breathing was just as ragged and he almost dove back down on top of her at the sight of her kiss-swollen lips and the desire in her eyes.

“I can’t do this with you now, Jordan. I want to—God, do I want to—but I want it to be right.” Slowly he sat back down beside her as she forced herself to sit upright. Rob cupped her face in his hands and rained tiny kisses all over her face and throat.   “But we’re not kids anymore. I used to dream of making love to you in a bed, not in the backseat of my car or off in the woods like we used to.” Jordan blushed at the memory. “I wanted the thrill of taking you to bed and loving you all night long. I’ve fantasized about it.” He bowed his head so only their foreheads touched. “I want you too much to take you here on the couch like a boy.” Then he looked directly at her. “I’m going to make love to you like a man.” With that, he stood, turned and walked to his bedroom, and closed the door without looking back.

Well, how was she ever supposed to sleep again after a declaration like that?


And just for a little extra fun, Here's the link to my "Story Behind the Story" video of JORDAN'S RETURN. https://www.facebook.com/SamanthaChaseFanClub/videos