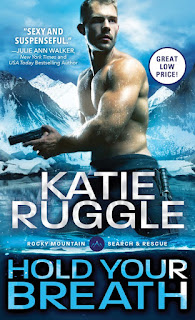 Search and Rescue series spoiler: One of the bit characters in Book 3, Gone Too Deep, is a moose. A scary, scary moose.

“Scary?” you may scoff. “Moose aren’t scary. They’re cute, peaceful herbivores, like a bunny. Are you afraid of bunnies, too?”

[First of all, to address the bunny comment, I have just two words (from Monty Python and the Holy Grail): “Run away!”]

Let me tell you why moose are the animals of my nightmares. Last spring, I was running along a Forest Service road in Montana, not long after writing the moose scene. The sun was just rising, not quite penetrating the thickly treed areas on both sides of the road (and I use the word “road” loosely; it was more of a rutted, two-track of a trail, that someone could drive on only if highly motivated and in a vehicle that he/she did not care for much).

As I rounded a curve, I stopped. There was a large, dark shape standing in the road about fifty feet in front of me. At first, squinting through the grey dawn light, I thought a horse had gotten loose. The ungainly body shape wasn’t right for a horse, though.

Then it dawned on me—it was a moose.

I must admit that my heartrate increased a little. Backing away slowly, I mentally ran through all the moose research I’d done before writing the scene. If they licked their lips, that was a bad sign. Same with the hair going up on their backs. Unfortunately, I’d have to get way too close to see either of those things. In the meantime, the moose stood between me and my breakfast.

There was one helpful tidbit that I finally remembered, however. Moose, with their bulky, awkward bodies, have trouble making sharp turns. Still moving slowly, I inched toward the rise on the north side of the road. As I climbed, still keeping a wary eye on the moose, I put several trees between us and then continued to walk parallel to the road.

As I drew closer, I could see that the moose appeared to be younger—not a baby, but half-grown-ish. After watching me curiously (or maybe angrily? Hungrily?) for a few moments, he walked into the trees—in the other direction—and disappeared.

After a few minutes and no sign that the moose was returning, I returned to the road, mostly because my loathing for ticks overpowered my moose wariness. As I started jogging again, I kept my gaze locked on the spot where the animal had entered the woods.

A grunt to my right made me turn my head. There was a very large moose cow—mama-moose, I presume—less than six feet away from me.

I didn’t even consider what to do or what my characters did or should have done—I just ran. Suddenly, I was on top of the ridge to the north with no memory of how I got there. I’m pretty sure I left a cartoon-worthy puff of dust where I’d been standing when I spotted the second moose.

Therefore, having been much, much too close to a representative of the species, I can tell you with certainty that moose are indeed scary. Really, really scary.

In the remote Rocky Mountains, lives depend on the Search & Rescue brotherhood. But in a place this far off the map, trust is hard to come by and secrets can be murder…

As the captain of Field County’s ice rescue dive team, Callum Cook is driven to perfection. But when he meets new diver Louise “Lou” Sparks, all that hard-won order is obliterated in an instant. Lou is a hurricane. A walking disaster. And with her, he’s never felt more alive…even if keeping her safe may just kill him.

Lou’s new to the Rockies, intent on escaping her controlling ex, and she’s determined to make it on her own terms…no matter how tempting Callum may be. But when a routine training exercise unearths a body, Lou and Callum find themselves thrust into a deadly game of cat and mouse with a killer who will stop at nothing to silence Lou—and prove that not even her new Search and Rescue family can keep her safe forever.

When she’s not writing, Katie Ruggle rides horses, shoots guns, and travels to warm places where she can SCUBA dive. Graduating from the Police Academy, Katie received her ice-rescue certification and can attest that the reservoirs in the Colorado mountains really are that cold. While she still misses her off-grid, solar- and wind-powered house in the Rocky Mountains, she now lives in Rochester, Minnesota near her family. Katie Ruggle: http://katieruggle.com/