I've got a new love! Okay, it's not that new. I've been writing short romance fiction for just over two years now and it is SO MUCH FUN!

I get to play with characters who merely passed through an earlier novel. For example, Dusty James was just a name in book #2 of the Night Stalkers series, I Own the Dawn. In book #3, Wait Until Dark, he actually had a tiny speaking role. And then he insisted that he had a love story of his own to tell, which came to life in The Ghost of Willow's Past:

That's the story that got me started. But it was a love-hate relationship at first. I didn't know if I liked short Romance Fiction. I'd grown up reading short Science Fiction voraciously, but I'm one of those writers who doesn't think in novels, I think in whole series! Getting down to a four-book series is a hard concept for me. But then I started playing with short fiction and the whole love-hate thing shifted some more toward the "love it-love it-love it" side of the spectrum.

What happened was that over in my Firehawks series, I discovered more than the occasional love story, I encountered whole series of them. 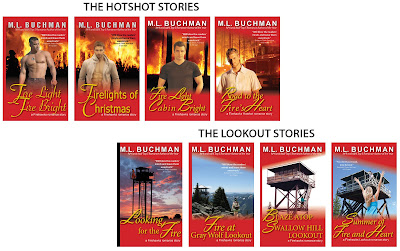 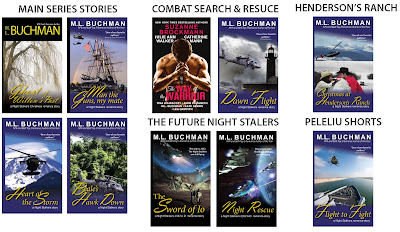 Then I decided to revisit a "finished" series. My Angelo's Hearth contemporary romances set in the food and fashion world of Seattle's Pike Place Market insisted that it wasn't quite finished, at least not in short fiction. It was an amazing amount of fun to revisit those characters. 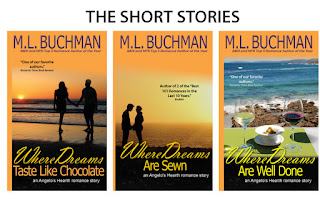 And now my latest series, the first women of Delta Force, has been added to the ever expanding world of my short fiction. It is letting me explore different types of stories. 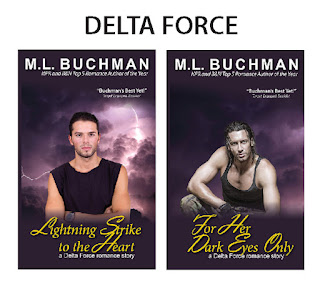 Can't find For Her Dark Eyes Only? You've should sign up for my newsletter to receive a reminder that it will be free on my website in just 3 more days. As a matter of fact, almost every one of these stories has been free there from the 14th through the 20th of each month. You can sign-up now and never miss a one.

Maybe I can get you too to fall in love with short Romance Fiction.


M. L. Buchman has over 40 novels in print. His military romantic suspense books have been named Barnes & Noble and NPR “Top 5 of the year” and twice Booklist “Top 10 of the Year,” placing two titles on their “Top 101 Romances of the Last 10 Years” list. He has been nominated for the Reviewer’s Choice Award for “Top 10 Romantic Suspense of 2014” by RT Book Reviews. In addition to romance, he also writes thrillers, fantasy, and science fiction.

He is now making his living as a full-time writer on the Oregon Coast with his beloved wife and is constantly amazed at what you can do with a degree in Geophysics. You may keep up with his writing and receive exclusive content by subscribing to his newsletter at www.mlbuchman.com.