2015 was great for me and I am ready for an amazing year.

I'll have at least 4 releases this year, each in a different series, (Including Scandals With Bite Book 4) so it's also going to be a busy year. On top of that, I've made the daunting decision to get a sewing machine and learn how to use it.

Aside from all the work and challenges I and many of you are facing, I'd like to focus on the fun, guilty pleasures to look forward to this year. Many movies, and TV shows are on the horizon. And for a non-TV watcher, I find myself with a surprising amount of shows on my list. 0-o

If you're in the US, that will be starting with....

It's on tomorrow!!! It's also supposed to be the final season, so I hope there's a decent resolution for my beloved characters.

It's based on the excellent novel by Stephen King, about a man who goes back in time to try to stop the Kennedy assassination. I cannot wait to see this on the screen! And if it's awful I'll just read the book for the 3rd or 4th time. :D

In April: Game of Thrones (HBO)

I'm more than a little obsessed with the books and with the news that George RR Martin dropped yesterday... that the 6th book will not be out before April, the show will bring us to uncharted territory. However, there are hints that one of my favorite characters may be returning. And no, I'm not talking about Jon Snow. 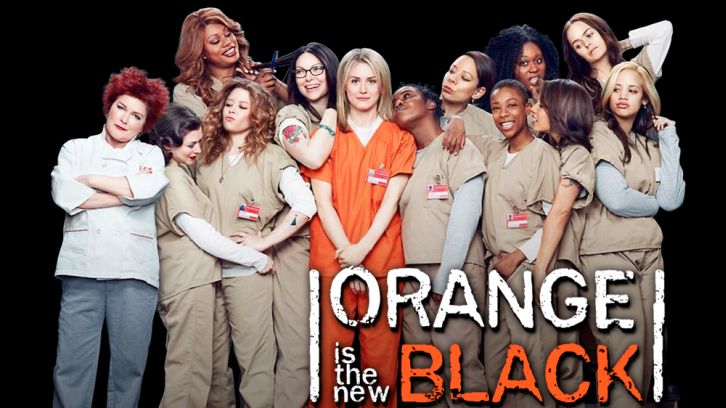 A quirky series about life in a women's prison, albeit very unrealistic on some levels, this show is in turns hilarious, bizarre, and oddly touching at times. I cannot wait to see what shenanigans will happen next.

I don't really have any other TV shows to anticipate this year, I don't really watch TV, so I'm already overwhelmed with what's on my list, but I am looking forward to Halloween Horror club on Facebook. Every night in October, we watch a horror movie that's streaming on Netflix or Youtube, and make fun of it in the comments. It's a lot of fun.

What are you looking forward to for 2016?