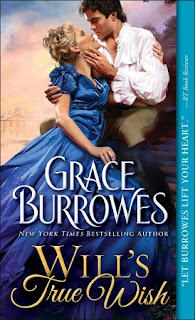 My imagination is full of characters, but finding the story that best fits a given lord, laird, lady or lover is usually a challenge for me. I say usually, because Will's True Wish, which hits the shelves on Tuesday, is an exception.

I met Will Dorning in a previous book, Worth: Lord of Reckoning, where Will was a minor character. He's one of the heroine's many brothers (all seven named for plants, hence, Willow Dorning, Grey Birch Dorning, Sycamore, Ash, etc), second oldest after the earl, Grey. In the only scene where Will has much dialogue, he's playing fetch-the-stick with an enormous mastiff named Georgette. Will is ferociously protective of his pup, and prefers her company to that of most people.

That's what I knew about him, when--bam!--like my golden retriever's tail smacking one of my cats (I've seen this happen), an idea for a story popped into my head: Will is the Regency dog whisperer, and he's investigating a "101 Dalmatians" scheme.... sorta. 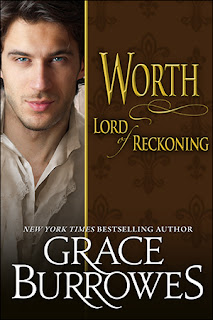 Turns out, dogs were very much a part of Regency life. Lap dogs went socializing with their owners, sporting dogs graced the abodes of most country squires, and large breeds were both fashion accessories and security systems.

I've often used dogs as reflection characters, and it so happens, I love dogs. When I write, Sarge (rotty-hound cross) and Murphy (golden retriever) are often curled at my feet, while various cats grace the table my computer sits on. So why not have a hero who loves and understands dogs?

The perfect match for this guy is--obviously--a woman who has no use for large, smelly creatures of any kind. Lady Susannah Haddonfield has long admired Will, but she's retiring by nature, and a blue stocking by temperament. Her greatest comfort has been great literature, very little of which deals with dogs.

Will's world has been focused on canines until Lady Susannah crosses paths with him, and Susannah's focus has been 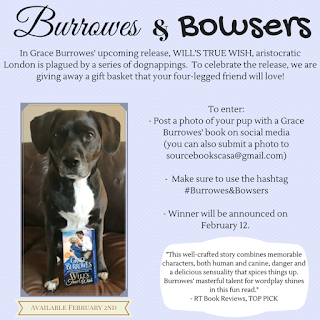 Shakespeare, until Will comes along. When dogs start disappearing from aristocratic households, the only sensible path is for the blue-blooded lady and the hot-blooded gent is to fall in love... I  mean, find the dogs.

Or maybe find love, and fall over the dogs? You'll have to judge for yourself. Read an excerpt here, (and watch out for those madly wagging tails).

Are you a fan of dogs? More of a cat person? Maybe you prefer the freedom of living without animals? To one commenter, I'll send a signed copy of Will's True Wish.