Book Launch: I'll Be There by Samantha Chase

By Samantha Chase December 10, 2015
This Montgomery Has a Head for Business
Working for Zach Montgomery is challenging on many levels-coming from a wealthy and powerful family, he lives by his own rules and doesn't answer to anyone. But Gabriella Martine has no intention of backing down. She's used to handling stubborn men, and it doesn't hurt that Zach is smart, charismatic...and gorgeous.

And a Heart for Adventure
Zach's perfect world is turned upside down when a climbing accident leaves him broken, angry, and maddeningly dependent. In his slow quest for recovery, Gabriella is always there to help...but as Zach comes to see his beautiful assistant in a new light, he is forced to re-evaluate what it really means to be a man worthy of Gabriella's love.

I'll Be There is my sixth book in the Montgomery Brothers series.  Zach and Gabriella were introduced in book five - Meant for You - and you got a pretty clear idea of the tension between them.  Zach's a successful CEO and Gabriella is his assistant but their working relationship is definitely strained but at that point, you have no idea why.

This book opens up three months after Zach has been injured in a mountain climbing accident (which happens in the previous book) and he's pretty much mad at the world because his recovery is not going well.  His family (who loves to meddle) get involved and send Gabriella to work with Zach from home.

Let's just say the sparks start to fly immediately - and not the romantic kind!

Both of these characters are strong-willed and independent but they're also extremely vulnerable and have several obstacles to overcome.  Zach's are obvious - Gabriella's aren't.  She has a rough family history and things from her past tend to still haunt her today.

So can these two crazy kids find their happily ever after?? 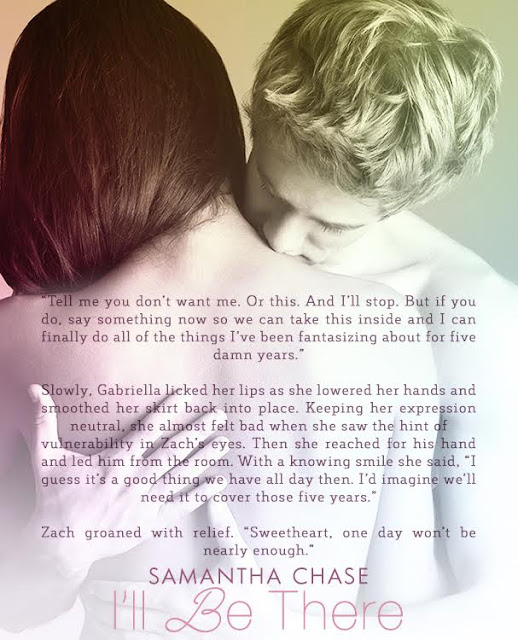 She was nearly out of breath and wished to God Zach would say…something. Anything. He continued to stare at her—hard. It was almost too much to bear. It was enough to make her squirm. Then, without a word, he reached out and banded an arm around her waist and hauled her roughly against him. Her eyes went wide and she gasped right before his lips came crashing down on hers.

It was pointless to fight it, or pretend she wasn’t interested. Her arms went around him, her hands raking into his hair. It was hard to say who was in control because they were both so out of control.

Zach pushed her back up against the kitchen counter, his entire body pressed intimately against hers. Gabriella slowly rubbed against him and smiled at the feel of his hardened length against her belly. Of course it didn’t matter what part of him was pressed against her, Zach Montgomery was solid muscle from head to toe and she wanted every inch of him whether she was pissed at him or not.

Gabriella purred as Zach’s hands began to wander and reached down to the hem of her skirt and began to lift it. He had it up around her thighs when he finally raised his head. They were both breathing hard as he looked down into her glazed eyes. “Damn, I’m ready to take you right here,” he growled. “Tell me you don’t want me. Or this. And I’ll stop. But if you do, say something now so we can take this inside and I can finally do all of the things I’ve been fantasizing about for five damn years.”

Slowly, Gabriella licked her lips as she lowered her hands and smoothed her skirt back into place. Keeping her expression neutral, she almost felt bad when she saw the hint of vulnerability in Zach’s eyes. Then she reached for his hand and led him from the room. With a knowing smile she said, “I guess it’s a good thing we have all day then. I’d imagine we’ll need it to cover those five years.”

I'll Be There was voted one of Amazon's Best of the Month in Books for December 2015!!  If you haven't gotten your copy yet, grab it today! 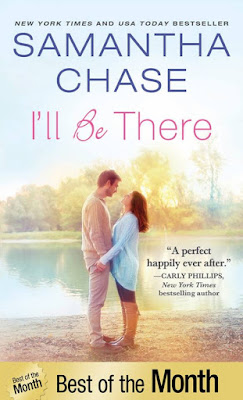 For more information on the Montgomery Brothers series, you can go to my website - www.chasing-romance.com