The Ghostess with the Mostest: A Celebration of Halloween Decorations 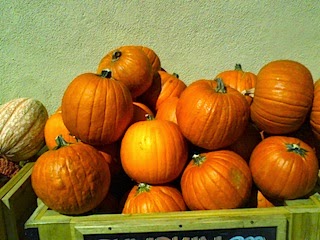 The cloudless skies and climbing thermostat may suggest otherwise, but it’s autumn in Southern California. I can tell by the sweaters and long-sleeved shirts displayed in the department stores, the presence of pumpkin-flavored everything on supermarket shelves, and the hints of yellow and orange in predominantly green foliage.

Most of all, I can tell by the appearance of Halloween decorations in my neck of the woods--er, suburbs. For years, several of my more creative neighbors, in the spirit of friendly competition, have gone all-out for October 31. (In my house, we’re lucky if we have time to carve a jack-o’-lantern.) Front lawns sprout graveyards, boasting tombstones with macabre epitaphs, skeletons in various states of assembly, and occasionally, the scythe-bearing figure of the Grim Reaper himself. 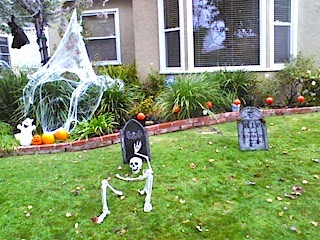 Giant spiders with glowing eyes, crouching in their webs of cotton batting, are also common fixtures. And inflatables--ghosts, witches, skulls, black cats--have become increasingly popular in recent years. You can go cute, so you won’t scare the kids (seriously, who was ever spooked--pun intended--by Caspar the Friendly Ghost?). 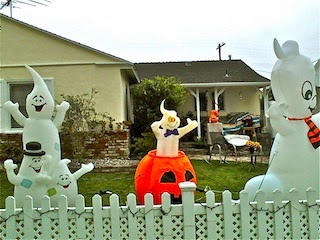 Or you can go full-on macabre, like the set-up seen here. The inflatables have a bit of animatronic technology built in as well: the cat’s head and tail move from side to side, while the skull rolls its eyes and opens and closes its mouth. 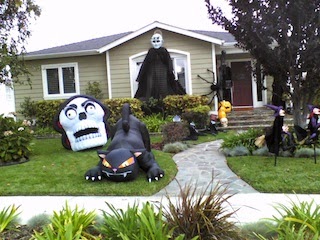 One of my favorite Halloween displays features classic Warner Brothers characters going trick-or-treating. Is this not one of the most adorable scenes ever? 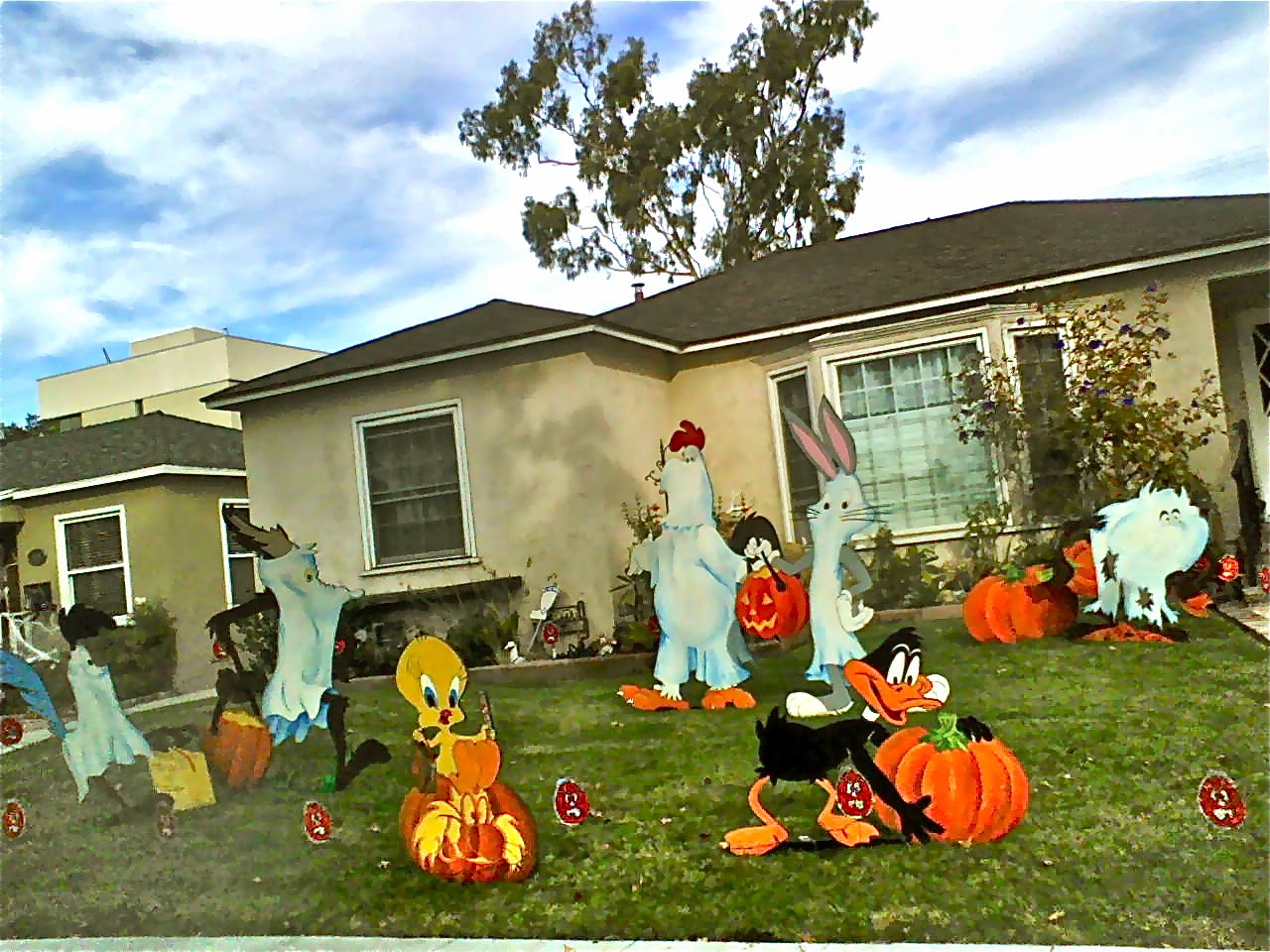 Other decorations are more elaborate, like this pirate-themed house, where the crew of a Flying Dutchman stopped to have a tea--or rum--break. But this Haunted Mansion tends to be the crowning attraction on Halloween night. The owner starts putting things up even before October, and the façade becomes steadily more detailed as the days progress. Gargoyles at the gate, witches and wizards on the roof, skeletons dangling from the trees, and a pumpkin patch filled with elaborately carved jack-o’-lanterns. Most residents can agree: this one is the biggest draw on Halloween night. 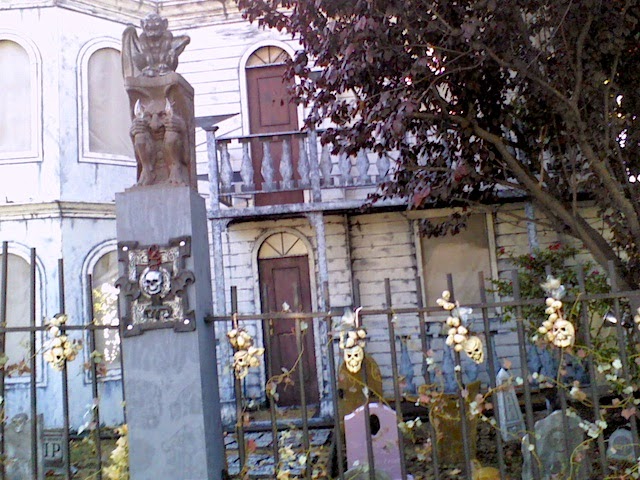 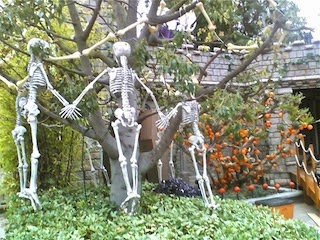 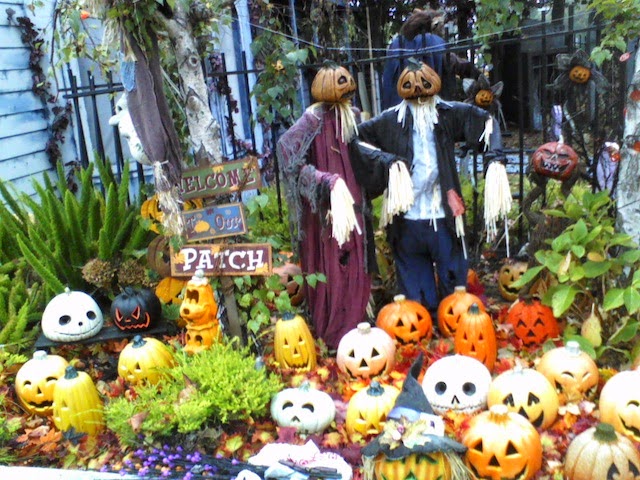 Do you decorate for Halloween, or know someone who does? And what kind of Halloween decorations do you like to see?