Do you believe in Magick?

Magick? Don't I mean magic? Well, yes. I know how to spell the word, but many of my counterparts have used the olde spelling to show the difference between rabbits popping out of hats and the more supernatural type of phenomenon that defies explanation. I might think my computer is magic, but I'm sure someone can explain exactly how it works--just not me.

Witch meant “wise woman” to our Pagan ancestors. I cannot think of any more appropriate term. Laurie Cabot (the official witch of Salem, MA) warned, “Do not teach this craft to fools.” I don’t think I hear that quite enough. There is great power, thus great responsibility, at their wand-tips. Those who are governed by knee-jerk reactions or vindictiveness have no business wielding magic as a weapon. For those who fear modern day Wicca, know that the number one fundamental lesson they are taught is “Harm none.”

A craft is something creative. It’s also something we practice. Authors create and practice their craft each time they write a story—Wiccans may draw a magic circle, use ritual tools, and put an intention out to the universe as part of practicing their craft. Because I wish to be a wise-woman, I never told a certain ex-friend that I had studied the craft. She had a hair trigger temper and revenge was something she thought was good to get. Right after Hollywood released, “The Craft” she asked me if I knew where she could learn witchcraft. I told her she should probably realize that Hollywood wasn’t real. I went on to mention that Witches today were more like a bunch of earthy, peace-loving hippies. She quickly lost interest.

In my Sourcebooks series Strange Neighbors, not only do I have a ghost haunting the apartment building, but an array of paranormal characters who live there. Among them are shapeshifters of various types, a vampire, and two witches who are roommates. The elder is teaching her sometimes foolish younger cousin the craft with an emphasis on responsibility. I had great fun with these characters. So much fun in fact that although they show up in each book, the third and final book in the series features the witches prominently. But that’s not the end of this cast!

A spin-off series called Flirting with Fangs is now complete and published. Book 1 is Flirting Under a Full Moon, Book 2 is How to Date a Dragon and book 3 is Kissing with Fangs. The gang gets back together to defeat a foe which could expose and destroy them all. I enjoyed bringing back the characters from the first series to help.

And now…I’ve been contracted to write another spin off series! This one brings us a newly discovered enclave of dragons in Ireland. Book 1 is I Dream of Dragons and we meet the Arish siblings on their way to Boston. (Incidentally, they move into the apartment building still haunted by everyone's favorite snarky ghost, Chad.)  That book is now in my editor’s loving hands and I’m beginning book 2, titled My Wild Irish Dragon.

I’m delighted to share the fruits of my labors with the world. http://www.ashlynchase.com
Thank you to my publisher Sourcebooks for believing in me. All the books in the Flirting with Fangs series are now available in audiobook format as well as mass market paperbacks and eformats. Perfect for Halloween reading.

What's the most recent release? Kissing with Fangs. And who is this sexy beast? A vampire, of course. 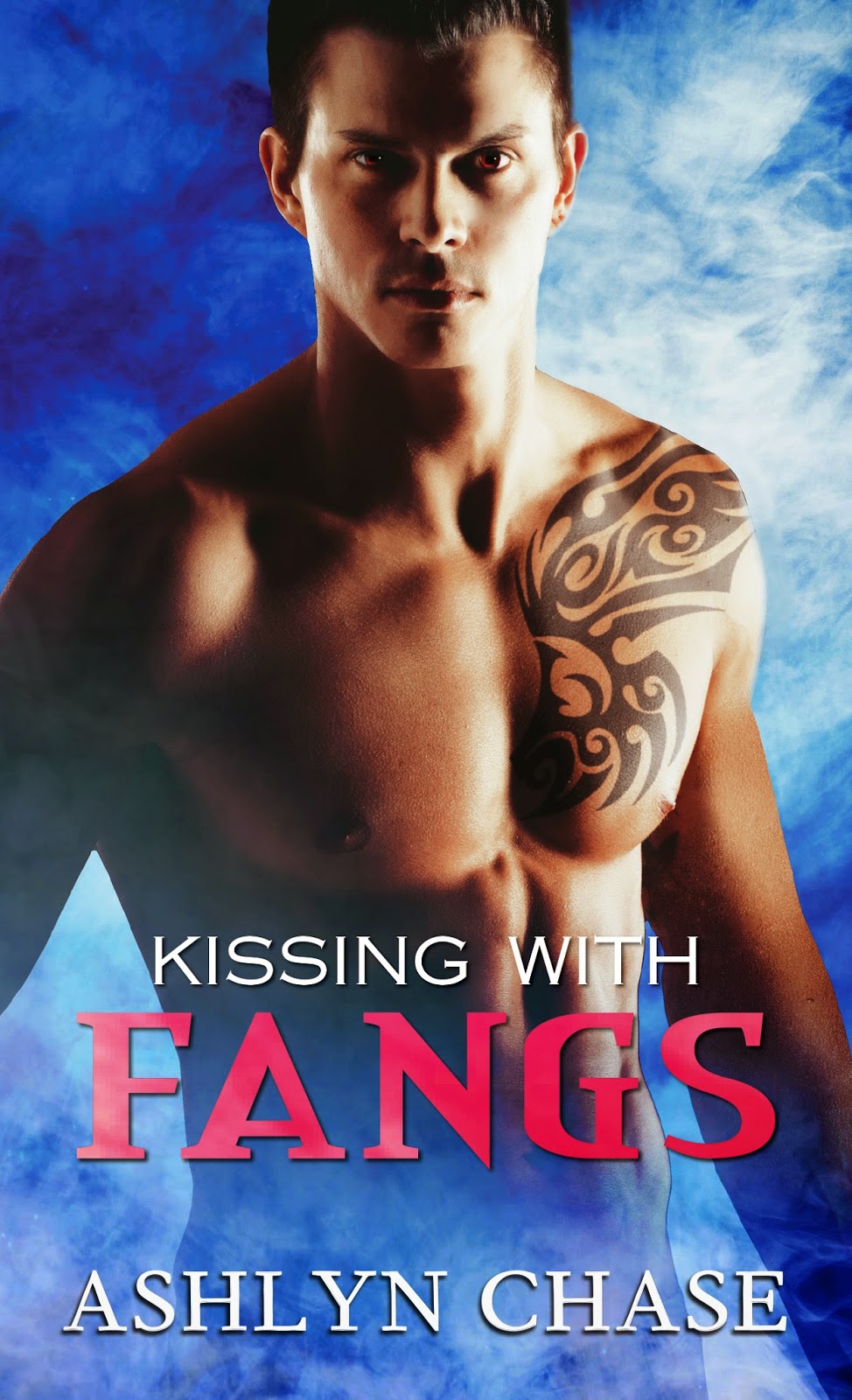 Look for some fun new dragons in Spring 2015! What type of series do you enjoy? Unrelated trilogies? Spin-offs? A long epic series that spans generations?