I am excited to announce the release of the third and final book in the Marriage Mart - A Love For All Seasons trilogy, A Winter Wedding! Penelope Rose and the Duke of Marchford have been waiting, their attraction sizzling through the first two books of the series, and now it is finally their turn to step onto center stage.

Miss Penelope Rose, the notorious Madame X, exclusive matchmaker to London's elite, has made a modest fortune creating love matches for everyone but herself. Her toughest client yet, the Duke of Marchford, has commissioned her to find him a bride, but he is more interested in tracking down a spy than in interviewing potential mates. Marchford is willing to do anything to find that spy, including announcing an impromptu engagement to force Penelope to stay close and help him catch the traitor. When Penelope refuses to play along, Marchford takes to wooing her to stay, including embracing that most perilous of holidays--Christmas! As Penelope and Marchford work together to uncover a deadly plot, they find falling in love is the most dangerous adventure of all. 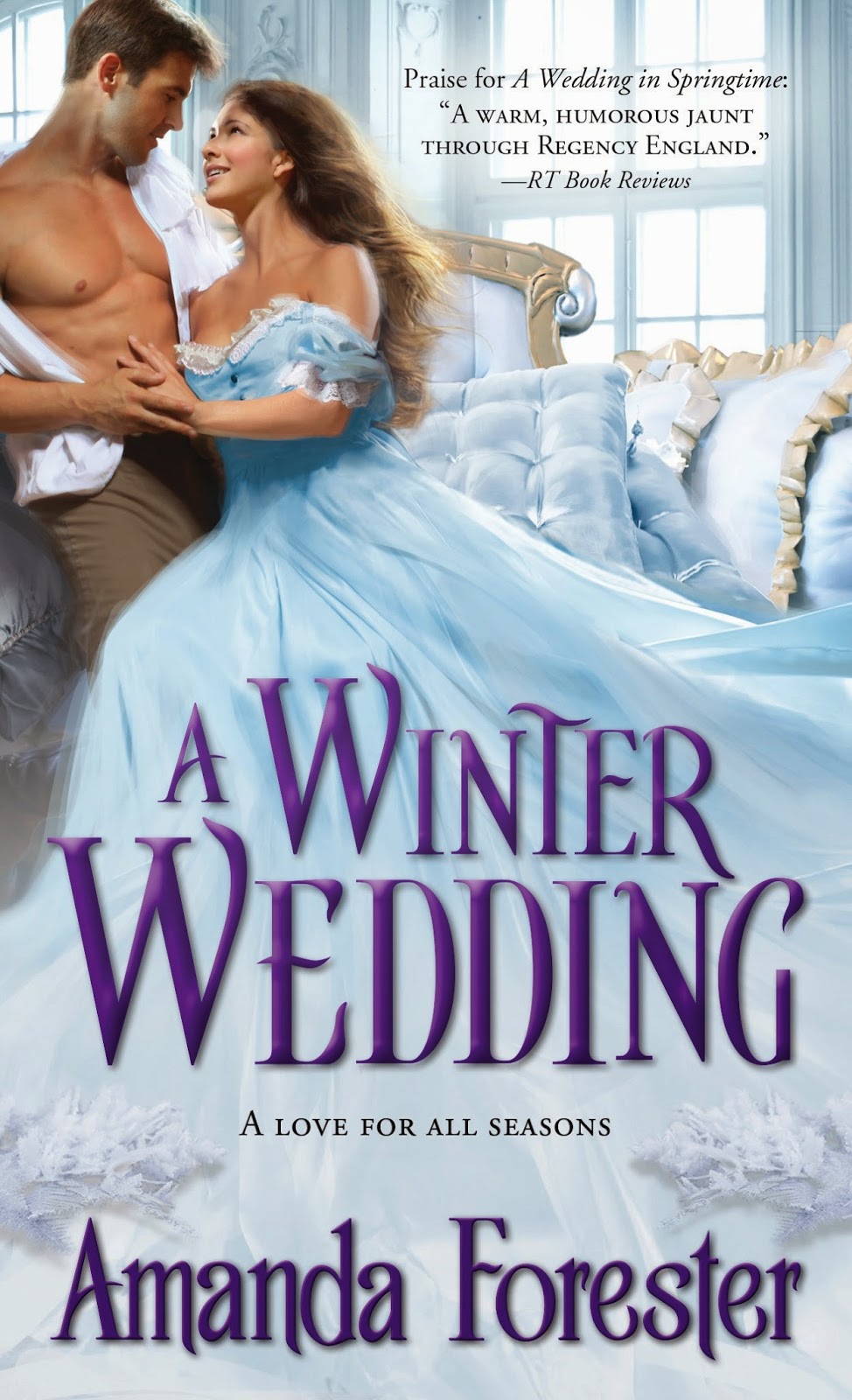 I am thrilled that Winter Wedding has received a Starred Review from Publishers Weekly. Now all three of the books in the trilogy have received Starred Reviews!!

"Forester's third wedding-themed Regency-era novel (after A Midsummer Bride) is pure ambrosia. James Lockton, the Duke of Marchford and an accomplished spy, dreads the prospect of contending with giggling maids and conniving mothers in the upcoming debutante season. He would rather settle for a sensible marriage to his grandmother’s companion, Miss Penelope Rose, and get it all over with as quickly as possible. Despite her unsettling attraction to Marchford, Pen declines his proposal, yearning for a marriage born of love rather than convenience. As it happens, she and the duke’s grandmother operate a secret matchmaker service, and she unenthusiastically agrees to help Marchford find a bride. Alongside the duo’s tender game of cat-and-mouse there are delicious distractions such as murder, international intrigue, and, of course, Christmas—a holiday whose customs Marchford ham-handedly adopts in order to woo the strong-willed and adorable Pen. Readers will delight in one of Forester’s happiest offerings to date."

I hope you will enjoy reading more about Penelope and Marchford, in A Winter Wedding now available. To get you started in the series, the first book in the trilogy, Wedding in Springtime is being offered FREE for a limited time, and Midsummer Bride is currently only $1.99. I love to hear from readers so come visit me at my website, facebook, or twitter.

What do you think of matchmakers? Have you ever used a modern day version such as an online dating website? Why or why not? Comment for a chance at winning a copy of A Winter Wedding!