Have you ever had a crush on someone? Or been hopelessly in love with them, knowing that they didn't share the same feelings?

Sometimes, you just hope that the other person notices and shares your feelings. Sometimes, the last thing you want is for them to realize, or worse, for those feelings not to be returned. 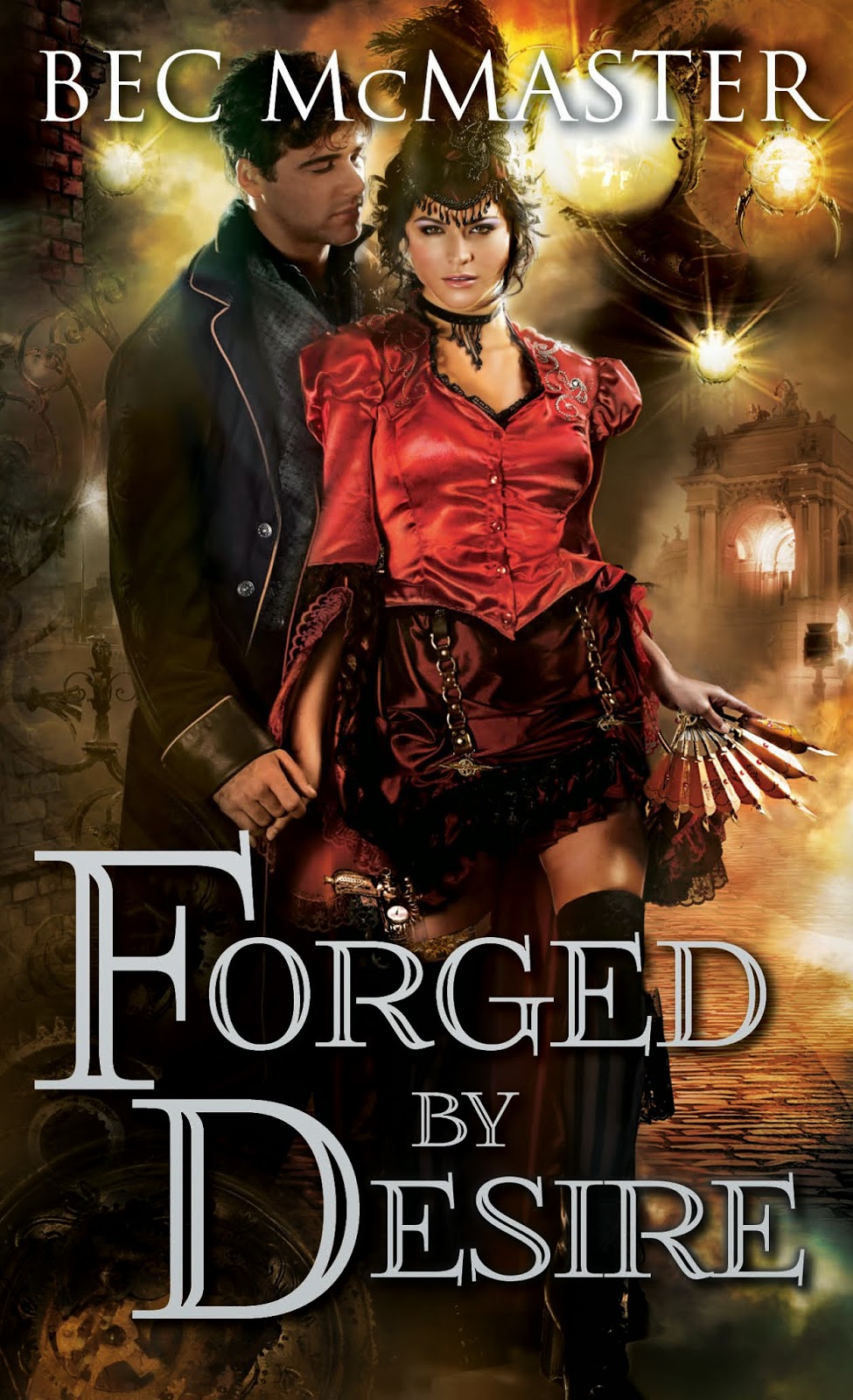 That's the dilemma facing the heroine of my latest release, Forged By Desire. For years Perry and Garrett have worked together as partners in the Nighthawks - a preternatural police force in my steampunk London. They hunt murderers and thieves over the rooftops, and have had each other's backs in a dozen different cases. Shy, awkward Perry loves her charming, rakish partner, but she doesn't dare let him know.

Until one night, she's forced to go undercover at the opera.

For Garrett, who only knows his partner as a breeches-clad Nighthawk with few feminine traits, the idea is ludicrous. Perry? In a dress? There's no way that she'll pull that off.

He may as well have waved a red flag at a bull... Perry is determined to show him she can be just as feminine as any other young lady. She just doesn't know that doing so will change their relationship forever.

For the first time, Garrett sees his partner as a woman. An attractive woman. And that, my friends, is the fun part.

“Good God. Are you blushing?” Garrett asked.
“You would have to say more than that to make me blush. I’ve heard all manner of vulgar commentary from you over the years, enough to grant me some immunity.”
The steam carriage started forward. Perry glanced out the window, the gray light of a frosty November morning washing over her features. That unsettling urge hit him again, to push at her.
“Don’t pretend you’re in any way innocent,” he replied. “Do you remember what you were whispering in my ear at the opera?”
Her glare practically incinerated him. “I’ve tried to forget the entire incident.”
“Did you succeed?” His voice roughened.
This time she looked away, turning her face to the window and granting him her profile. She was a long time in replying. “Quite.”
Liar. “Perhaps I should remind you.” 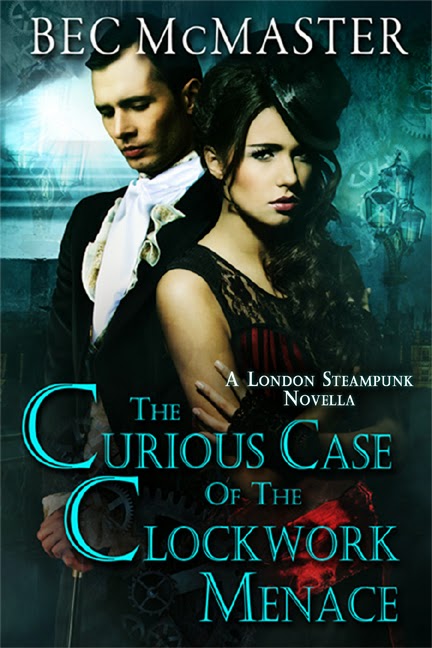 To help celebrate the release of Forged By Desire, I'm offering a free novella, featuring Perry and Garrett on an old case.

Warning: The Curious Case of the Clockwork Menace is not a complete HEA. It’s a pre-romance novella featuring Perry and Garrett, who will find their HEA in Forged By Desire. Heads will butt, tempers will flare – and perhaps one of them might come to realize just what the other truly means to them?

Get in quick - it will only be free throughout September!

FORGED BY DESIRE BY BEC MCMASTER
– IN STORES SEPTEMBER 2014

Captain Garrett Reed of the Nighthawk guard has a deadly mission: capture a steel-jawed monster preying on women. He hates to put his partner, Perry, in jeopardy, but she’s the best bait he has. Little does he realize, he’s about to be caught in his own trap.

Perry has been half in love with Garrett for years, but this is not exactly the best time to start a relationship—especially when their investigation leads them directly into the clutches of the madman she thought she’d escaped...

To purchase Forged By Desire: