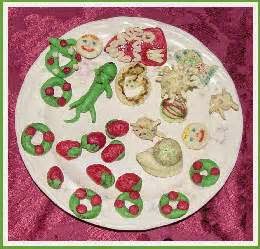 Don't panic! It's not really 10 days until actual December 25 Christmas. You've still got in excess of 90 days for that so you've still got time to find that special box of marzipan for Great-Aunt Gert and bottle of Great-Uncle Henry's special medicine (that would be the kind you buy at the liquor store on the holidays....that little sample kit of the three wise men...Jose, Jack and Johnny on the label).
What the countdown for is the new selection of Christmas romance books coming out in just ten

days. And I've got one in the mix! Cowboy Boots for Christmas starts a brand new series set in the fictional town of Burnt Boot, Texas. Seems that back in the cattle run days, the path from down deep in Texas up to Dodge City ran right through a narrow place in the Red River. Mr. Cleary had been on more than one cattle run and when he got to that spot on the Texas side of the Red that day he was bone tired of the whole shebang. He took off one boot and tossed in the fire, declared he wasn't going another mile and used his savings to build a general store right there. He'd never have to look at the south end of a north bound bull again or sleep out under the stars or worse yet in a downpour of rain. The Gallaghers moved in on one side of his spread, Fiddle Creek, and the Brennans bought acres on the other side. Sometime in the past hundred years, probably back in prohibition the Gallaghers fell on hard times and the grandpa got to brewin' up some moon shine to supplement their salary. Now at that time the Brennans were a church going bunch of Irish folks. So it just came natural that when the revenuers caught Grandpa Gallagher making 'shine that the whole family blamed the Brennans for tattling. And the feud was on with Fiddle Creek right in the middle of the whole thing.

It's more than a hundred years later but the feud hasn't died down a bit and the new she-coon's in Burnt Boot, Naomi Gallagher and Mavis Brennan, have kept the fires built up real hot ever since they brought their own baggage into the feud.

Poor old Finn O'Donnell just wanted to buy a place for him and his hound dog, Shotgun, to live quietly and be left alone. He didn't expect his old buddy, Callie, who'd been his spotter through two tours of Afghanistan where he served as a sniper, to need his help. And he really did not have any idea that there was even a feud going on in the sleepy little town that sported one general store, a bar and a church. Oh, it did have a public school where the kids that weren't Gallaghers or Brennans went, but the feuding families had their own private schools on their ranches, Wild Horse and River Bend.

So what has all this got to do with Christmas? It all happens from the days right after Thanksgiving until a few days after Christmas. Feasting...frolicking... feuding...they all make for a lovely holiday! I
can't wait for it to hit the shelves and hope that it tickles everyone's fancy enough they want to read the next three in the four books series. 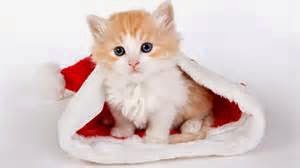 Merry Christmas to me and to all the Casa Authors who have holiday books coming on in exactly ten days. Like I said the countdown begins right now!! Deck the halls! Bring out the Christmas tree. Let it snow! Jingle Bells! All of it including Finn and Callie trying to find a moment to steal a kiss under the mistletoe and a hellacious feud going on all around them.


Maybe one little excerpt to set everyone in the mood for the launch of our Christmas books in ten days:
Callie had barely gotten her jeans and shirt pulled on when she heard the crunch of tires out front. That put her into fast mode as she started to worry. Martin had gotten sick and they’d been away from the house phone so Tamara had driven him home. Or, worse yet, that damn convict had connections on the outside and he’d sent someone to make sure Martin did not testify. She opened the top drawer in the dresser and pulled out a small locked safe. Two minutes later she was shoving a clip into a Glock Gen 4 pistol and heading out toward the door.


The front door was wide open, and Finn was nowhere around. If someone was bringing Martin home, then the door wouldn’t be hanging open. She pressed the gun against her leg. Then the screaming began and she put on the speed.


Holy shit! That was Betsy and she’d really brought Finn an apple pie. Where in the hell was he, anyway?


Callie threw open the storm door to see Finn, arms crossed over his chest, standing there like a statue in his thermal shirt, jeans, and boots while Honey and Betsy squared off for another match. Only this time it damn sure didn’t look like it was going to be words only.


“Well, look what you did to my cookies!” Honey yelled.


Shotgun was making short order of the pie, and Pistol was gobbling down the cookies. Joe had set up a howl in the dining room squawking, “Cat. Cat. Run. Run,” over and over.


Betsy threw the first punch, landing it square in Honey’s right eye, and the fight was on. They pulled hair, screamed obscenities, and slapped or punched wherever they could find a place to hit.


“You going to put a stop to this?” she asked Finn.


He shook his head. “I’m going in the house. They can roll around in the snow until they freeze for all I care. I didn’t know that Shotgun liked apple pie. Guess he does.”


Pistol picked up the final cookie and carried it in the house. Shotgun slurped up the last bit of pie and paraded past them to his warm spot in front of the fire. Now Joe was screaming that he wanted a cracker.


“I don’t want to deal with the undertaker or frozen dead bodies,” she said. She aimed the gun at the mesquite tree nearest to the women and fired off six shots, sending bark flying everywhere.


They both jumped up and covered their heads with their hands. “Why in the hell are you shooting at us?” Honey screamed.


“If I was shooting at you, you’d be graveyard dead, woman. Get your sorry asses off this ranch, and don’t come back or I might miss that ’squite tree next time and put a bullet in your boobs. I mean it, get out of here.” She brought the gun up to aim right at Honey’s big breasts.


“You going to let her talk like that to me?” Honey asked Finn.


“This ain’t over,” Betsy declared on her way to her truck.


Callie fired one more shot that landed two feet from the front tire of the truck. “You want to fight among yourselves, then get on with your sorry-assed feud, but when you step on Salt Draw, you leave your fightin’ behind.”


They spun out of the driveway and slipped and slid all the way out to the road in their hurry to get away. She jacked the magazine out of her gun and carried it to the kitchen table. Damned old bitches, anyway. Now she’d have to tear it down and clean it before she put it away.
Ten...nine... excitement is dancing around like children on Christmas Eve.