Hello, and thank you to my fellow Casa Authors for having me here to celebrate the release of Mischief by Moonlight. It’s the final story in my Regency Mischief series, and the trouble in this book starts with a love potion. 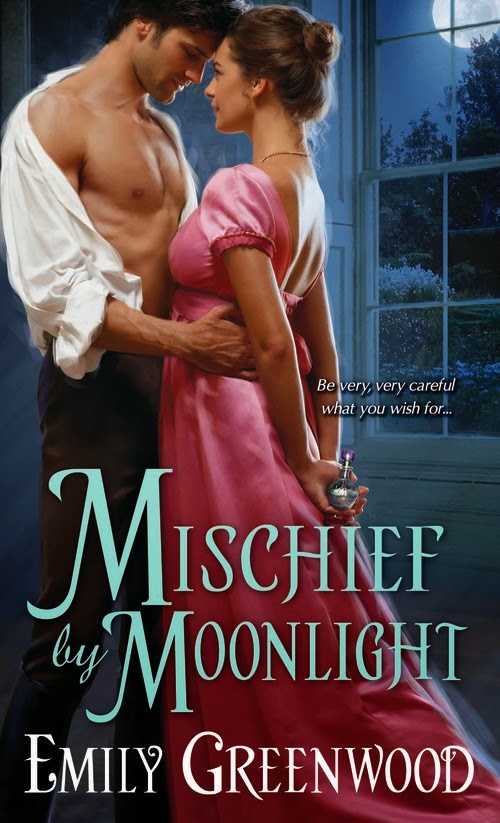 My heroine, Josie, is engaged to an army captain who’s been away for over a year. So she’s had a long time to worry about her beloved older sister, who’s in danger of becoming an unhappy spinster. Josie decides that their handsome friend Colin, the Earl of Ivorwood, would make her sister a wonderful husband, and a gypsy’s love potion gives her the chance to matchmake. But things don’t work out at all as Josie expected…

I loved working on this story about two sisters, perhaps because I think romantic stories and sisters go together like beach towels and summer crushes, like late-night phone calls and consoling pints of ice cream. I’m lucky enough to have a sister I’m close to, but even those of us who don’t have sisters probably have a friend who’s a sister of the heart.

With that in mind, I thought I’d offer up a few of my favorite books with sisters and romance:

·        Pride and Prejudice by Jane Austen. Not a surprising choice for a Regency romance author, is it? But it’s hard to top the bonds of affection and true understanding between the eldest sisters, which make the reader really cheer for each of the two most deserving Bennet girls to get her man. In reality, Jane Austen was extremely close to her older sister, Cassandra, and I can only think their relationship enriched her telling of this classic story.

·        I Capture the Castle by Dodi Smith. The two sisters in this romantic 1930’s story are quite different from each other—one is beautiful and dramatic, the other wants to be a writer and has, in one of my favorite descriptions, “a neatish face.” But they complement each other perfectly, and they’re great partners in the story’s hilarious adventures.

·        Garden Spells by Sarah Addison Allen. The sisters in this southern-set story are half-sisters who’ve been apart for years, and part of the pleasure of the book is watching them find a place for each other in their adult lives. And as the title suggests, they each have a little bit of magic to bring to the story.

·        Ain’t She Sweet? by Susan Elizabeth Phillips. The two women in this story are half-sisters as well, and they grew up in the same town but not the same house, and on different sides of their father’s affection. One of the sisters made the other miserable when they were teenagers, and now that she’s come back to town as an adult, there’s a lot of bad blood between them that needs to be resolved.

Do you have any favorite romantic stories that feature sisters? Or a favorite thing about your own sister, or sister of the heart?

Mischief by Moonlight
Now available at the following: