Luck of the Irish, Fate or Chance? by Sara Humphreys 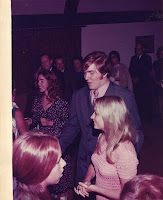 The east coast had been slammed by a massive spring snow storm but that didn't stop two groups of college kids (or thousands of others) from enjoying the parade in New York City. Both of them were just 19 years old and on their way to NYC for the festivities with their friends. They'd spotted one another at the New Rochelle train station while waiting in the bitter cold for the crowded train. My Father tried to follow the gorgeous blond but once they reached Grand Central...the sea of people had swallowed her up. The platinum haired beauty seemingly lost to him.


However, several hours later they spotted each other again.

My mother and her two friends were standing under the big clock at The Biltmore Hotel. My Dad, having participated in his share of Saki, sauntered right up to her and said, "Hey weren't you the girls we saw at the train station this morning?" My Mother looked up at the handsome boy with the smiling brown eyes and said, "Yes."
The rest as they say is history and so was John Potter... my mother's boyfriend at the time. 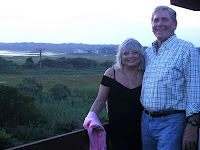 There's much more to the story of course. It's a story that all of their children know by heart. They've been married for over 40 years, have four children, six grandchildren and a seventh on the way.  Their enduring romance inspires me every day to write happily ever afters. 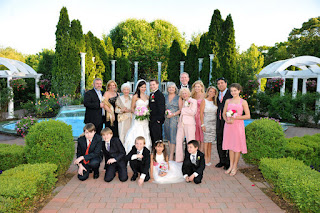 What if they hadn't taken that same train in the morning? What if my Dad hadn't looked over at that one moment and seen my Mother's face in the crowd? Was it fate or was it mere chance that they found each other that day?
Me? I believe in fate but on that cold, snowy spring day I think they had the luck of the Irish.

My shifters in the Amoveo Legend series have pre-destined mates. What about you? Do you believe in fate? Or do you think we find our other halves by chance?

Leave a comment here on the blog and I'll select one lucky commenter to win signed copy of  both Unleashed and Untouched! 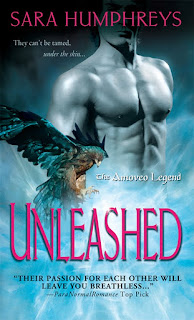