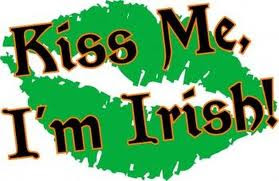 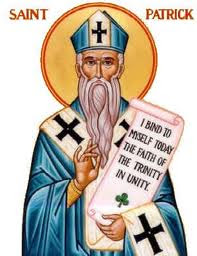 He was actually born in Britain and was kidnapped and taken to Ireland and was a slave. He escaped after about ten years, became a priest, and returned to Ireland to convert the Pagans to Christianity.

That the Charitable Irish Society in Boston started the first St. Paddy’s Day parade in 1737? 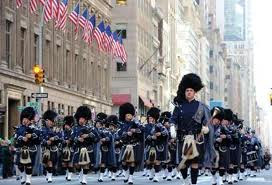 That the first New York St. Patrick’s Day Parade was in 1762 and is the longest running parade in history? It was started when the Irish militia in Lower Manhattan marched a few blocks to a tavern. As it turns out, the Irish in New York had staying power and during the potato famine they realized they had power in their sheer numbers—in ten years a million Irish immigrants came to New York and made the New York St. Patrick’s Day Parade the largest and longest parade in the world. Every year there are 160 to 180,000 people marching and 2.5 to 3 million spectators. 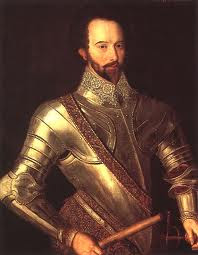 That Sir Walter Raleigh introduced the potato to Ireland in the 16th century and before that, the Irish thought the potato was poisonous? 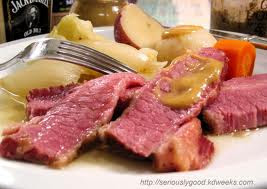 The Irish didn’t start eating corned beef until they came to New York and settled in the Lower East Side in Jewish neighborhoods. They were introduced to the cheapest cut of beef, brisket, and the cheapest vegetable, cabbage, and made corned beef and cabbage their special meal. 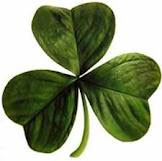 That St. Patrick used the Irish Shamrock to teach the Pagans about the Holy Trinity, and has since become the symbol of Irish Catholic Nationalism?

That the traditional color of St. Patrick is actually blue—green is a color that became the color of Ireland, the Emerald Isles, 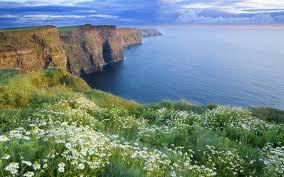 and has become ubiquitous on St. Patrick’s Day in the United States.

That I have one of the best recipes for Irish Soda Bread? And now, due to the luck of the Irish, so do you! 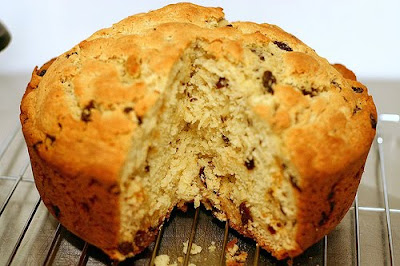 Combine beaten eggs, buttermilk, and shortening together. Add to dry ingredients and mix well with hands.

Pour into greased round cake pan or 8” cast iron skillet and bake at 350 ° for 1 hour and 15 minutes or until a toothpick inserted in center comes out clean.

Have a Happy St. Patrick's Day!