A few months ago, I was doing some research about lucky charms. Not the cereal. I already know plenty about that sugary goodness. I was researching objects that are thought to bring good luck.

The reason? In one of the Sinners on Tour books, everyone's favorite quirky drummer, Eric Sticks, thinks he's targeted for injury (or death) and he figures a good luck charm (or twenty) can't hurt. So he starts to accumulate them. 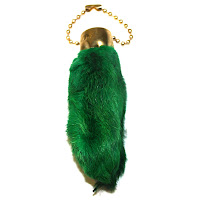 Eric's first and probably most morbid good luck charm, was a lucky rabbit's foot. Surprisingly, the rabbit's foot has been considered lucky for centuries and by various cultures around the world. To be considered truly lucky (for the human possessing the charm, not the rabbit), the charm must be the left, hind foot of a rabbit killed in a cemetery under a full moon on Friday the 13th. I believe Eric picked up his rabbit's foot at a swap meet, so it probably wasn't all that lucky. Especially since it was green. Yes, green is considered a lucky color, but if your foot is green, you might want to get that checked out by a podiatrist or, in the case of a rabbit, a veterinarian. 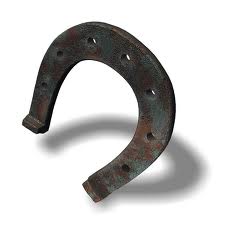 Another common lucky charm is the horseshoe. Horseshoes are considered lucky for numerous reasons. Generally, they are nailed over a door to draw luck to the home. They are forged by blacksmiths, which is considered to be a lucky profession. They are made of iron, which long ago was thought to ward off bad fairies. Seven nails are usually used to secure horseshoes and seven is considered a lucky number. Some insist a horseshoe must be hung curve down to "catch" luck, others insist they must be hung curve up to "pour" luck over persons entering the door. Eric attached seven of them to the tour bus wall just to be safe. 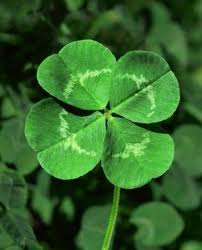 You do have to be fairly lucky to find a four-leaf clover. It's a natural variant of the three-leaf clover and only about 1 out of every 10,000 clovers has the extra leaf. According to legend, each leaf represents something: faith, hope, love, and the fourth leaf is luck. So you only get luck if you find one with four leaves. I'd say you're lucky if you have those first three, too. Eric is definitely looking for number three when he meets his heroine.


Scarab beetles are supposedly good luck. So are lady bugs. As far as I'm concerned, bugs are just yucky. I'll skip on the buggy charms, thankyouverymuch. And crickets? Nope. Keep those squeaky things away, too.

Carrying an acorn can be good luck. Apparently, in Norse tradition an acorn in the windowsill was supposed to keep the house safe from Thor's lightning. My grandmother used to insist that horse chestnuts (also called buckeyes) were lucky. She made one into a pendant for me. Not necessarily a fashion statement, but I treasured it. I guess if you go to Ohio State, buckeyes are really lucky. Hazelnuts, especially if you find two nuts in one shell, are also lucky. And I thought nuts were just good for eating. 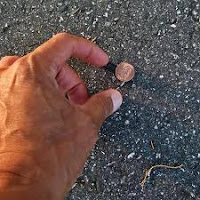 A penny is another good luck charm--but only if found with Lincoln's face up. A penny doesn't buy anything these days. You might as well carry it for luck.


There is also a superstition that wearing three keys together "unlocks" luck. I have eight keys that I wear on lanyard around my neck while at work. Does that count?


I'm not a superstitious person by nature, but it was fun to do research for a character who is superstitious. Do you know of any additional good luck charms? Do you have any in your home or that you carry with you? I owned a green rabbit's foot as a child. That's probably why Eric now has one of his own in a book.