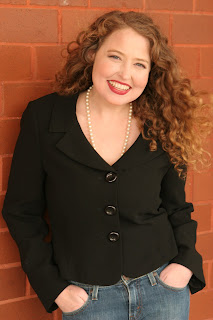 Heroes, and Our Childhood Games...


When I was a child most of the popular stories began with “Once upon a time...” We read about foreign lands and mythical creatures in addition to our favorite classics of Dr. Seuss, Aesop Fables, Grimm’s Fairy Tales, and Greek Myths.  Thus, our games were ones that took us to places like Greece where we acted out the tales of Zeus and so many others. We also had the standard imagination games of Cowboys and Indians; Post Office; Hospital; Grocery Store; and Comic Book Superhero.  This playtime collection provided the heroes and heroines for many, many afternoons of joy and became the basis for stories, dreams, and future aspirations.

Recently, I spoke with friends who have children aged 3-10 and I learned there is a brand new game afoot called SEAL TEAM.  Where kids dress in SEAL Team-ware, which might or might not be limited to wearing an item with a Trident on it, black clothing, or camouflage attire in addition to camo make-up and play weaponry.  Among their goals, they might storm a bunker and rescue someone in distress; go through training obstacles; and/or plan a mission. I am told these children aspire to be SEALS, to become the heroes they are portraying. Whether that dream comes to fruition or not, one of the things their parents seem to be enjoying is...the moral base the kids are incorporating into their play in addition to the exercise and physical achievement. Loyalty, honor, and integrity – these are part of the SEAL Creed. Though my husband, who is retired from the Teams, was surprised to learn of this new game, both of us were pleased to learn of the positive experiences. Hooyah!
For those of you who don’t know the history...in 1962, The SEALS were formed in response to President Kennedy’s decision to have a U.S. military force capable of ‘unconventional warfare’. These special operations warriors were trained to be effective in the (SE)a, in the (A)ir, and on the (L)and, and the shortened version of their name was designated: SEAL.  On January 1st of that year, the U.S. Navy established this group; dividing them into Team One on the west coast and Team Two on east.

Recently in Coronado, California, SEAL Team One in conjunction with Naval Special Warfare had the first part of a celebratory event recognizing the fiftieth anniversary of the SEALS and the predecessors to the SEAL Teams; the Scouts and Raiders, Naval Combat Demolition Units, Special Operational Swimmers, Underwater Demolition Team, Motor Torpedo Boat Squadrons of WWII; in addition to the plank owners of the first two SEAL Teams.  As active duty and retired SEALS gathered together along with special guests, wives, and friends of the community, Medal of Honor Recipient Michael Thornton said, “...We go to battle for the greatest nation in the world. We go to battle for the man on the right of us and the man on the left of us, we go for the man in front of us and the man behind us - our comrades-in-arms.  We go to battle for each other because we want to sustain freedom as we know it, and we want to sustain that same freedom for the future of America."


These are my heroes, and I write about them to honor my husband, his brethren, and our community as well as their training, lives, and sacrifice. Hooyah!

What was your favorite childhood game?  What did it teach you, and who are your heroes?