What is the Appeal of the Scottish Hero?

Well, this is embarrassing. I invited my Casablanca sisters to blog about their own books for my Sins of the Highlander launch party, but true to her generous nature, my next guest has chosen to wax poetic about the glories of men in kilts!

Please welcome New York Times Bestseller Grace Burrowes to the Blog Bash. In addition to an insightful post, chock full of the kind of historical precision that characterizes her own fabulous books, Grace is offering 3 lucky commenters a chance to win a copy of her VIRTUOSO.

Grace Burrowes:  With “Sins of the Highlander” we have another terrific read from Mia Marlowe—and from Scotland. Other historical writers have told me, “Wales and Ireland can be tough to sell, England sells, but Scotland really sells.”

That’s just… that’s just… well… maybe? When I decided to dip my toe outside English Regency waters, Victorian Scotland beckoned irresistibly, but why should that be? 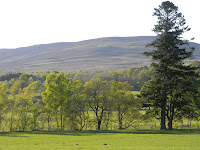 Scotland is beautiful, and that never hurts, but to this day, the Scottish Highlands are among the least populated areas of any developed country. This was not always so. Centuries of ill will between England and Scotland, the clearances (often perpetrated by Scottish landlords on Scottish tenants), famine (there were Scottish potato famines too), and the fact that Scottish regiments have historically been deployed to the hottest hot spots have all taken a toll.


As has immigration. For much of modern North American history, the non-native population concentrated itself on the narrow Eastern seaboard. Scots who first relocated to northern Ireland in the early eighteenth century began immigrating to North American in quantity at the turn of the nineteenth century (joining many native Scots in the process). Within 50 years of the major tides of Scottish and Scotch Irish immigations, great blocks of the United States from east to west had been explored, if not settled. 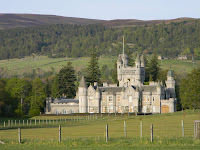 I am not positing that Scottish immigrants exclusively managed what all their predecessors did not, but Scottish immigrants were extremely hardy specimens. They were not daunted by harsh land, difficult climates, remote settlements, or hard, hard work. Successive generations of Scottish settlers pushed further and further into the wilderness, having a stronger proclivity for taming the land than for being tamed themselves. Some historical sources refer to the Scottish immigrants as, “The Disposable People” precisely because they dealt so stoically with successive marginalizations into a dangerous wilderness.

These are generalizations, of course, but think about what we regard as basic American values: Waste not, want not. Work hard and get ahead. A penny saved is a penny earned. My dad’s favorite: Before I buy something, can I fix what I’ve got, use something else, or do without? Work hard, play hard. Pray devoutly, but hammer stoutly. We hold these truths to be self-evident…
These aphorisms embody the hardy, shrewd, hearty Scot (among others) and I think this is part of the explanation for why the Scottish hero resonates so strongly with us. He’s the quintessential embodiment of virtues that have become core to our culture, but in a form rendered more pure by his circumstances and historical context.

Then too, the dude wears a kilt, sports a burr, and can hold his whiskey while he risks all for his lady. As far as I’m concerned, this makes the Scottish hero the first true superhero, and the reason why I have “Sins of the Highlander” sitting on my night table! Mia: Thanks so much, Grace! I've been loaning out my copy of The Heir to my reading friends. Can't bring myself to part with my Virtuoso. ;-)

Be sure to leave a comment or question for Grace or me to be entered to win one of three copies of Grace's VIRTUOSO. Remember I'll also be drawing a new winner each hour who'll receive their choice of one of my eNovellas, A Duke for All Seasons or My Lady Below Stairs. (While we're on the subject of winning, be sure to enter my website contest where the Grand Prize is a new KINDLE!)