A Cornucopia of Cowboys 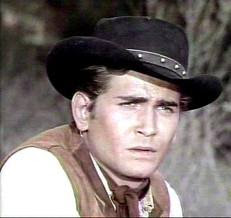 For the season of harvest and abundance, I've collected a cornucopia of cowboys for you. Over at My Overstuffed Bookshelf, we've been discussing our favorite movie and TV cowboys, and right now, there's a clear winner: Little Joe of Bonanza, also known as Michael Landon. 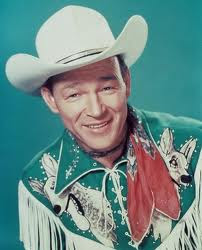 Another clear favorite is Roy Rogers, though I don't see him as a romantic hero. I always figured he was taken, what with Dale and Trigger and all! 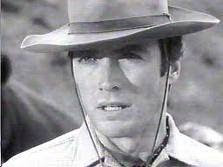 And then there's Rowdy Yates, the role that started Clint Eastwood on the path to cowboy stardom. Before Clint became the steely-eyed, raspy-voiced Man with No Name, he was a handsome young heartthrob in the TV series Rawhide.

It surprised me that so many romance readers chose what I call the "cozy" cowboys - the good guys with more honey than vinegar in their personalities. After all, don't readers like alpha heroes? The tough guys? 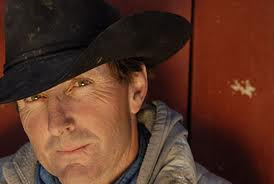 Maybe not. I think that softer side is one big reason for the popularity of cowboy heroes. A cowboy's horse is an equal partner in his work, and you can't achieve that kind of relationship with anyone, animal or human, unless you have a sensitive, nurturing side.

And while old-time cowboys usually led a wandering life, settling down on their own piece of land was always a goal - so home and hearth, along with the right woman, was what they were working for.

And that works for me! My own cowboy romances offer three very different men. Cowboy Trouble features Luke Rawlins, a charming, sexy rancher who can talk a girl into just about anything, while One Fine Cowboy's Nate Shawcross is a strong, silent guy who doesn't have much use for words; he prefers non-verbal communication. And in Cowboy Fever, coming in March 2011, Teague Treadwell is closer to the alpha type - a former black sheep who conquers a difficult past to gain the respect of his home town and the woman he loves.

So who were your favorite cowboys of movies and TV? And do you like your men sweet or rugged?