Cast of a Thousands

By Lydia Dare September 17, 2010
In keeping with the theme of Abundance this month, I thought for a while about what my favorite things are to have in abundance. The never ending basket of chocolate at my day job? Wonderful friends? Fan mail? Honestly, I love each and every one of those items and I can never have enough of any of them. But I am an author and so my mind eventually circled back to the art of story-telling. And do you know what I love in abundance?

How random is that? 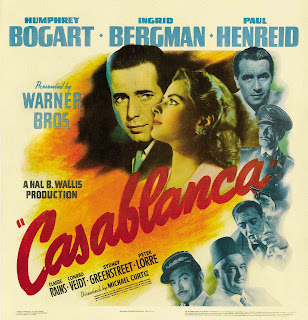 But these are the characters who make movies, television shows and books really sparkle. They add depth and dimension that wouldn’t be there without them. They make you want to know their story and they tell you so much about the protagonist with very little effort. One of my favorite movies of all time is Casablanca. I am a huge Humphrey Bogart fan, but for me, it was the secondary characters who made that movie the classic it is – from the self-serving Captain Renault to the loyal, piano-playing Sam to the idealistic Victor Laszlo and everyone else in between. Each one of these characters and their interaction with Bogart’s Rick Blaine tell you all the important things you need to know about our cynical hero. 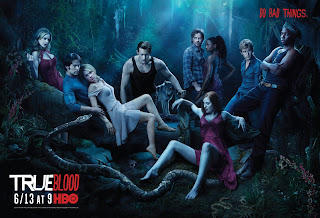 These days, I find myself fairly addicted to HBO’s True Blood and a little sad that season three has already ended. True Blood has an ensemble cast to be sure, but Sookie Stackhouse is most definitely the main character, and in my opinion – the least interesting. Of course it’s hard to compete with an enigmatic Viking vampire; an over-the-top flamboyant, good-hearted short-order cook; a ladies’ man older brother who wouldn’t have a prayer on Are You Smarter Than a 5th Grader; a tough-as-nails best friend who has the worst sort of luck; a good-guy shape-shifting bar owner; and I could go on and on. The secondary characters make this show and then some.

I knew immediately that secondary characters Lord William Westfield and neighbor Prisca Hawthorne would have to get a story of their own at some point. I didn’t know it then, but the story eventually became The Wolf Next Door. In Tall, Dark and Wolfish, broken wolf Lord Benjamin Westfield traveled north of the border to Scotland in search of a healing witch whose legendary powers could return him to the Lycan he once was. Unfortunately, poor Ben discovers the witch he seeks belongs to a powerful coven. These particular witches may be my most favorite secondary characters ever. 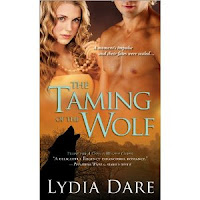 The young women were so intriguing – so enchanting (pun intended) – I knew each one would have to be developed more fully and most likely in a book all of her own. I’ve spent the last year working on the other witches in that particular coven. And as I finish writing the final book featuring a Còig witch, the first, The Taming of the Wolf, is just getting ready to hit the shelves. And already I’m wondering which of my most recent secondary characters will get to tell their own story next.

Who is your most favorite secondary or supporting character and why? Would the movie, show or book be the same without them?