Release Day for IN SEARCH OF TRUTH!

By Sharon Wray February 25, 2020
I'm so excited to announce that IN SEARCH OF TRUTH, the third book in the Deadly Force series, comes out today! 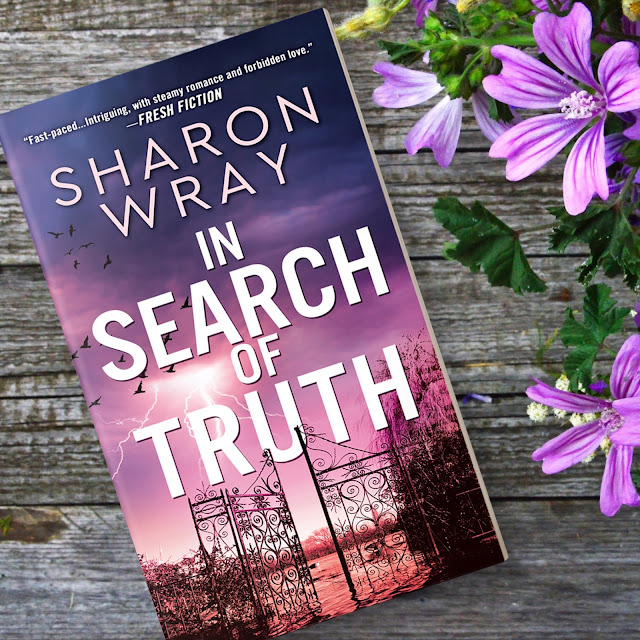 “This breathless romantic suspense novel provides equal amounts of heat and intrigue.” – PUBLISHER’S WEEKLY
“Twisty plots, fantastic characters, and pitch perfect pacing. Fabulous!”—ALLISON BRENNAN, New York Times Bestselling Author
“Sexy Green Berets, dark secrets, and sizzling chemistry!” ~ CHERRY ADAIR, New York Times Bestselling Author
“Fast-paced…intriguing, with steamy romance and forbidden love.” ~ FRESH FICTION
Amazon |  Barnes & Noble | Books-a-Million | iBooks|  Google | Kobo | IndieBound | Audible
The Deadly Force series is about a team of ex-Special Forces soldiers, accused of vicious war crimes and determined to prove their innocence, who are desperate to find the enemy who wants to destroy them. Before time runs out and the enemy attacks again.
As these men struggle to rebuild their lives and redeem their honor, it’s the women they love who teach these alpha males that Grace always defeats Reckoning.
So far the stories have taken place in Savannah, Georgia and a fictional outlying sea island known as the Isle of Grace. But this story takes our hero Zack Tremaine from Iron Rack’s, the run-down, pirate-themed gym in the not-so-nice part of Savannah, to historic Charleston and then on to sultry New Orleans. 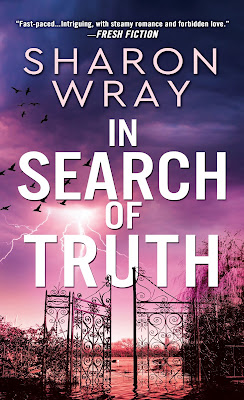 IN SEARCH OF TRUTH is about a widowed anthropologist named Allison Pinckney who inherits a key to a seventeenth-century pirate cipher that makes her the target of two brutal arms dealers. Now, to save those she loves and discover who murdered her husband, she must solve the cipher. But as this mission becomes more and more dangerous, she reluctantly seeks help from a handsome man from her past. A man who’d once been her best friend, ex-Green Beret Zack Tremaine. The problem is that if she admits the secret life she’s been living, and gives into her long-buried feelings for Zack, it could cost them their lives.
Years ago Zack Tremaine betrayed his men and lost Allison, the only woman he ever loved. Today, those regrets are destroying him. And now that his men are caught in a fierce rivalry between two deadly enemies, his only hope to fix what he did wrong is to help Allison find her husband’s murderer. When he discovers Allison holds the secret to a pirate treasure, a treasure that may help him save his men, he ignores orders and gives up everything to help her search for an infamous pirate–and the woman who’d been accused of witchcraft in 1704–who both died three hundred years ago. Despite the deadly risks, Zack has one last chance to save his men and redeem his honor. Even if the woman he loves breaks his heart…again.
This book is titled IN SEARCH OF TRUTH for a reason. It’s not just about two people who are searching for the truth about the death of Allison’s husband and the reason Zack’s Green Beret unit was dishonorably discharged. It’s also about the destructive nature of fear. Throughout the book, Allison and Zack must face the realization that the choices they made because they were afraid brought them to this place of desolation. They learn that decisions based on fear never work out. In fact, decisions based on fear make everything worse.
In this book, Zack and Allison have made terrible choices based on fear. But they’re not the only ones. And the cumulative effects of people acting out of fear almost costs them their lives. It’s only when they accept the truth of your their past choices, and then forgive themselves and others, can they find their Happily Ever After.
I hope you love this book as much as I loved writing it! Click here for a FREE PREVIEW!
_______________________

Sharon Wray is a librarian who once studied dress design in the couture houses of Paris and now writes about the men in her Amazon bestselling Deadly Force romantic suspense series where ex-Green Berets meet their match in smart, sexy heroines who teach these alpha males that Grace always defeats Reckoning.

Her bestselling debut book EVERY DEEP DESIRE, a sexy, action-packed retelling of Romeo and Juliet, is about an ex-Green Beret determined to regain his honor, his freedom, and his wife. It’s available at:  Amazon | Barnes & Noble | iBooks | IndieBound| Kobo|  Google | Books-a-Million | Audible

Her second book, ONE DARK WISH, a passionate redemption of Othello with a HEA, is about an ex-Green Beret who must give up the woman he loves in order to redeem his honor and save the life of his men. It’s available at: Amazon | Barnes & Noble | Books-a-Million | iBooks |  Google | Kobo |IndieBound | Audible

Her third book, IN SEARCH OF TRUTH, is about an ex-Green Beret desperate to win back the woman he loves and save the men he betrayed, even if he must make the greatest sacrifice. It's available at: Amazon |  Barnes & Noble | Books-a-Million | iBooks |  Google | Kobo | IndieBound | Audible