It often surprises me how my historical research will add to or completely jell with the fantasy aspects of my novels. In THE ELVEN LORDS series, the stories are based in the eighteenth century, so I spent over a month researching the Georgian era, including the political environment, with special emphasis on daily life and--since my books are first and foremost romances--the clothing and housing of the aristocracy.
When I read that white wigs were prevalent in the era, it made perfect sense that the true reasons for wearing the wigs were to imitate the ivory-haired elven lords of my fantasy world. All I needed to do was to add a crushed silver stone to the wigs, which the aristocracy uses to imitate the silver sparkle of my lords. For my readers to identify with the history of the era, I felt that it was important to keep a king on the throne, but since the elven broke through the barrier between worlds and conquered England, dividing it into seven sovereignties that each ruled, I couldn’t be sure of the role he would play. 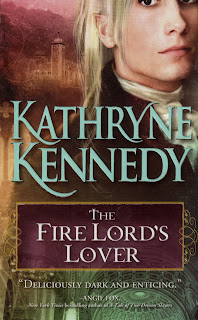 Then I read that the true power behind the throne at that time lay with Sir Robert Walpole, the Prime Minister of England. So, with an apology to King George, I made him nothing more than a trophy for the elven lords to wage their wars--wars that used humans as chess pieces in games of entertainment similar to the Roman gladiatorial games, but on a much broader scale. Sir Robert (and following Prime Ministers) became the leaders of the Rebellion, the underground movement of humans and half-elven who fight for England’s freedom and the restoration of their king to true power. As with actual history, the court set the precedence for clothing and style, but since the king of my fantasy world held influence only in that limited aspect, it became an obsession with him and his court. 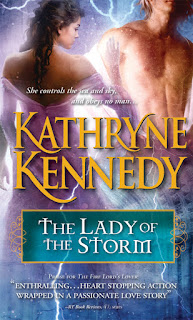 My seven mad elven lords each had possession of a scepter, and the master of a particular power. As I researched the landscape and the development of England’s resources, I used that knowledge to divide the sovereignties. Since Bath and its famous healing waters were located in the southwest, it fell naturally into place that the elven lord Breden, master of the blue scepter of sea and sky, controlled that area, becoming the sovereignty of Dewhame, revealed in the novel THE LADY OF THE STORM. South central England, where London is located, is a politically important part of England and became Firehame, the sovereignty of Lord Mor'ded and his black scepter over the mastery of fire, a powerful realm that is explored in THE FIRE LORD’S LOVER. Agricultural eastern England became Verdanthame, with Mi'cal ruling with the green scepter of forest and plant. Northeastern England, extending upward into York and known for its roadways, became the sovereignty of Terrahame, and the elven lady Annanor and her brown scepter of earth. North central England, dominated by mining and hilly country, became the sovereignty of Bladehame and the silver scepter of Lan'dor, who masters metal. The northwest became Stonehame, where the elven lady La'laylia called up quartz from the depths to enchant with her violet scepter. And the west became Dreamhame, butting up against the craggy mountains of Wales, the sovereignty of Roden of the golden scepter, with his spells of glamour and illusion, fully revealed in the novel THE LORD OF ILLUSION. 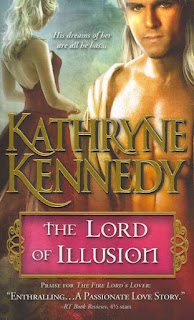 Arranged marriages were common in the era, often devised for political gain, and it fell naturally into place that the elven lords would use them to their own advantage. My hero in THE FIRE LORD’S LOVER, General Dominic Raikes, is a half-breed who has inherited his father’s magical gift of fire, and because of it, is a General of Firehame’s army. My heroine, Lady Cassandra Brydges, has the bloodlines to produce a new champion for the elven lord’s war games…and is secretly trained as an assassin by the Rebellion. 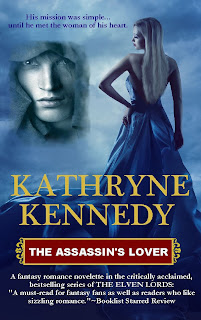 In my novelette, The ASSASSIN’S LOVER, we get a glimpse of the sovereignty of Stonehame, and the capital city that glows with jewel-fire even in starlight. We meet a lady of that city, Minerva Overon, whose home falls within the shadow of Stonehame Palace, which is crafted by the elven lady from one large piece of amethyst. But my heroine lives in one of the few mansions created of black jet, which aids the young assassin (another of history’s ruthless characters) sent to kill her…although he gets more than he bargained for.

And so did I, as I researched eighteen-century England, and found some surprising developments for my stories along the way.